The TME in patients with Hodgkin lymphoma has previously been implicated in disease progression and prognosis. Previous research has established, for example, that inhibitory immune checkpoint inhibitors may be overexpressed in the disease microenvironment, potentially hindering an immune response.

It is, however, unclear the role that M2 macrophages and other cell types in the Hodgkin lymphoma TME play in overall patient prognosis. For this retrospective study, researchers evaluated tumor samples of patients with classical Hodgkin lymphoma treated with nivolumab to determine cell positivity for a number of markers, and to link any evaluated biomarkers with patient prognosis, including progression-free survival (PFS).

Overall, samples from 61 primary tumors and 15 repeated samples from patients with relapse or disease progression after nivolumab were included. The researchers investigated the relationship between M2 macrophage levels (using CD163/c-MAF as a proxy), and cells positive for CD68, PD-1, LAG-3, TIM-3, CTLA-4, or TIGIT, and CR rate and PFS.

Lower M2 levels in primary samples were, furthermore, linked with a greater likelihood of CR with nivolumab (P =.047).

“We found that low number of CD163+ cells in primary samples were associated with inferior PFS during [nivolumab] therapy, while a lower level of M2 was correlated with achievement of CR,” the authors wrote. “In repeated biopsies after [nivolumab] therapy the cell profile in the TME changed: number of PD-1+ and Lag-3+ T-cells increased and number of CD68+ and CD163+ macrophages decreased.” 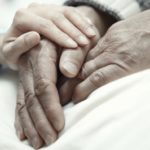