For patients with non-Hodgkin diffuse large B-cell lymphoma (DLBCL) or follicular lymphoma (FL), switching from intravenous rituximab to the subcutaneous route during first-line induction or maintenance treatment appeared to have no new safety issues, with efficacy maintained. Recently published in the British Journal of Haematology, the findings were based on an analysis of the Spanish population from the phase 3b MabRella clinical trial.1

A total of 140 patients, of which 29 had DLBCL and 111 had FL, were eligible for the study. Patients were from the MabRella trial (ClinicalTrials.gov Identifier: NCT01987505), an umbrella study that included 3 phase 3b trials, 1 of which was conducted in Spain and represents the Spanish population used in the current analysis.

Overall, the majority of patients (95%) had an adverse event (AE), 38.6% had a grade 3 or higher AE, and 30.0% had a serious AE. Nearly half of patients (48.6%) had administration-related reactions at the injection site; 2.1% were grade 3 or higher severity. The complete response rate plus unconfirmed complete response rate was 69.6% at the end of induction treatment.

As a measure of treatment satisfaction, mean scores for the Rituximab Administration Satisfaction Questionnaire improved at the end of induction and maintenance treatment. According to the EuroQoL-5D questionnaire, patients had a good quality of life.

“[S]witching to subcutaneous rituximab showed no new safety issues and maintained efficacy with improved satisfaction and quality of life,” the study authors concluded. 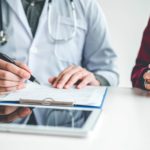