As radiation therapy has evolved, the risk of organ toxicity when used in tandem with immunotherapy or chemotherapy as treatment for conditions like Hodgkin lymphoma has decreased. Can the radiation therapy technique also have an impact on lessening the likelihood of toxicity?

In a recent study from Strahlentherapie und Onkologie, researchers examined data from 27 patients who were treated for Hodgkin lymphoma between 2009 and 2013 in the Department for Radiation Oncology of the University Hospital of Münster who had received radiation therapy as part of their treatment. The patients selected for this study matched the criteria of thoracic manifestation and having lungs considered organs at risk. For each patient, 3 different treatments were calculated to create 30.6-Gy involved-field radiation therapy (IFRT) for mediastinal lymphoma manifestation. Following guidelines from the International Lymphoma Radiation Oncology Group for IFRT, treatment was administered in 17 fractions of 1.8 Gy 5 times per week.

While there were noticeable differences in values between the Burman model and the QUANTEC model (with QUANTEC values being higher), both provided tsimilar outcomes. NTCPs were lower in the APPA group than in the 5F-IMRT group, which were themselves lower than the 7F-IMRT group. This held true in both lungs across all treatments, as well as when comparing median and mean levels of NTCPs.

The researchers concluded that APPA treatments may be somewhat more likely than IMRT treatments to curtail the risk of radiation pneumonitis and a second pulmonary malignancy. They also found that significant radiation-induced lung toxicity that would require clinical attention was generally rare with all of the treatments studied. The decision for the best radiation therapy for your patients will likely depend on their specific needs and comorbidities. 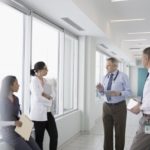