The reasons for ibrutinib discontinuation among patients with mantle cell lymphoma (MCL), the most common of which are disease progression and toxicity, are highlighted in a retrospective analysis published in the British Journal of Haematology.

MCL is usually diagnosed in late stages, and while novel treatments have improved survival, relapse remains common, with an expected 5-year overall survival (OS) of approximately 60%. Among patients with relapsed or refractory disease, ibrutinib has shown a favorable safety profile and an overall response rate of approximately 68%. However, there are limited data about patient experiences with ibrutinib outside of the clinical trial setting.

For this retrospective study, researchers evaluated data from patients with MCL treated with ibrutinib to characterize experiences in the real-world setting. All data were obtained between 2013 and 2016 from an electronic medical records database.

Across lines of therapy, the most common reasons for ibrutinib discontinuation were disease progression (35%) and toxicity (25.6%). The median progression-free survival was 19.55 months; the median OS was 25.82 months. Age appeared to weakly predict survival (hazard ratio, 1.041; P =.0186). Survival data appeared consistent between community oncology practices and the clinical trial setting.

“In conclusion, our present study demonstrated similar patient outcomes as those reported in clinical trials with differences in patients’ tolerability to ibrutinib,” the authors wrote. “However, the need to better understand ibrutinib outcomes in patients treated in community oncology settings is warranted.” 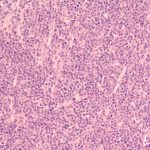 Causes of Mortality in Adults Treated for Hodgkin Lymphoma