First-line autologous stem cell transplant (ASCT) is cost-effective in patients with newly diagnosed multiple myeloma (MM) but more research is needed to assess cost-effectiveness of other, newer antimyeloma regimens in different treatment-line settings, according to a systematic review of studies from 11 countries published over the past quarter of a century. The analysis was published in the journal PharmacoEconomics.

MM incidence rates have climbed in recent years, as baby boomers aged into late adulthood. MM treatment strategies have been changing rapidly over recent years, as well, thanks to newly approved agents and treatment regimens. Newer regimens are promising and benefit some patients; however, none are considered curative.

Unpublished literature, including some industry-sponsored studies and reports, or non-English reports, were not included, cautioned the researchers. In addition, 2 studies were not available in the databases searched and their exclusion from the analysis might have biased their results, the team acknowledged.

Four studies included in the review had compared transplant and no-transplant treatments’ cost-effectiveness. Among transplant-eligible patients, first-line transplant was “the most cost-effective option,” with an ICER of at least $4053 per QALY gained and between $3848 and $72,852 per LYG. Compared with conventional chemotherapy, first-line novel agents (bortezomib, thalidomide, and lenalidomide) had an ICER of $59,076 per QALY gained and $220,681 per LYG. ASCT in patients with new diagnoses was cost effective compared with melphalan, the researchers reported (ICER of $25,710 per LYG).

“More cost-effectiveness analyses comparing novel agents in the first-line treatment regimen are warranted to determine which agent or regimen is the most cost-effective,” the researchers concluded. 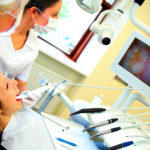 Dental Issues Can Delay Treatment for Patients With Multiple Myeloma