Subcutaneous daratumumab (DARA SC) requires less active healthcare provider (HCP) time and may be a more efficient method for administering the drug, according to survey results published in ClinicoEconomics and Outcomes Research.

The phase 3 COLUMBIA trial found an SC formulation of daratumumab to be noninferior to IV and to reduce the median treatment administration time.

This time and motion study used a web-based survey to elicit HCPs understanding of the time estimated to administer DARA SC versus DARA IV. The study authors surveyed HCPs from centers that enrolled patients in the COLUMBIA trial.

Drug preparation time remained consistent with both formulations, but administration duration reduced by 91% to 99% with DARA SC versus DARA IV.

The study authors extrapolated these results to estimate active HCP time per year per patient for year 1. DARA SC has an estimated active time of 34.8 hour per patient in Year 1 compared with 70.1 hours per patient in year 1 with DARA IV. Active time also decreases about 50% in year 2 as well.

The estimated patient chair time with DARA SC is also estimated to decrease by 97% compared with DARA IV.

This study is limited by its small size and self-reported results, so results may not be generalizable to other HCPs or clinics.

The survey results demonstrate that DARA SC may greatly reduce active HCP time, mostly for tasks related to IV administration. The time savings may improve patient satisfaction and has the potential to improve treatment compliance.

Disclosure: This research was supported by Janssen Global Services, LLC. Please see the original reference for a full list of disclosures. 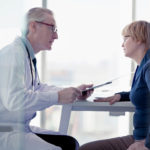