The incidence of multiple myeloma has been increasing uniformly throughout the world, with the largest increases occurring in middle and low-middle sociodemographic index (SDI) countries, according to a recent study published in JAMA Oncology.1

Between 1990 and 2016, there was a more than 100% global increase in the incidence of myeloma. These increases varied from 106% to 192% depending on the SDI of the country examined.

“Marked variation in myeloma incidence and mortality across countries highlights the need to improve access to diagnosis and effective therapy and to expand research on etiological determinants of myeloma,” researchers, led by researcher Andrew J. Cowan, MD, of the University of Washington, Seattle, wrote in the study.

According to Dr Cowan, “although treatment has improved outcomes for patients with multiple myeloma in the United States and other high-income countries, little is known about the global burden of myeloma and available treatments.”

To find out more, Dr Cowan and colleagues looked at the incidence, mortality, and disability-adjusted life-years (DALY) estimated from the Global Burden of Disease 2016 study, which included data from vital registration systems and cancer registries on drug availability and survey data for stem cell transplant rates.

During the 26-year study period, multiple myeloma cases increased by 126%. The largest increase in incident myeloma was observed in middle SDI countries. Specifically, the largest increase of 262% was seen in East Asia during the period of 1990 to 2016.

The three world regions with the highest ASIR of multiple myeloma were Australasia, North America, and Western Europe.

“Our results and analysis show that an aging world population is the predominant contributor to the increase, accounting for 52.9% of the increased incidence,” Dr Cowan said.

Other contributors were population growth (40.4%) and increases in age-specific incidence rates (32.6%).

Stem cell transplantation was routinely available in higher-income countries, such as Israel, Italy, Germany, Sweden, and the Netherlands, but was lacking in sub-Saharan Africa and parts of the Middle East. By 2016, lenalidomide and bortezomib — two drugs now considered standards of care — had been approved in 73 and 103 countries, respectively. However, the researchers noted in their discussion that their ability to assess true “availability” in the context of “cost, affordability, and willingness of insurers or governments to pay for cancer treatments” was limited.

“Collaborative global efforts are needed to ensure that every patient with myeloma is being diagnosed and has access to effective treatment,” Dr Cowan said. “Further research is needed to determine the reasons behind the observed heterogeneity in disease burden.” 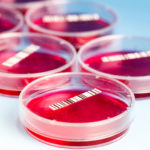