High levels of plasma total immunoglobulin E (IgE) were associated with low risk of chronic lymphocytic leukemia and possibly of multiple myeloma, without strong evidence for high risk of any cancer type, a new study published online in the journal Annals of Oncology has shown.

An association between high levels of IgE and other non-Hodgkin lymphomas, cancer of the oral cavity and pharynx, and lung cancer was also observed.

However, after correcting for multiple comparisons, researchers found that only the finding for chronic lymphocytic leukemia remained significant.

For the study, researchers measured plasma total IgE in 37,747 individuals from the general population. Participants were followed for up to 30 years.

IgE is produced by plasma cells, a type of white blood cells that release antibodies typically during an immune response. IgE, specifically, is often produced during an allergic reaction. 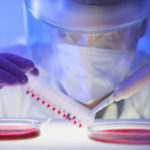