ASCT is the standard of care for patients with MM, but has been associated with various adverse events, including depression; nearly 8% of patients report having depressive symptoms in the week preceding hospitalization, and more than a third (36.7%) develop clinical depression by day 8 of hospitalization. Depression leads to lower quality of life and may even be predictive of mortality in this population. Previous studies have suggested that light therapy may improve depression in patients by synchronizing their circadian rhythms.

For this study, the authors randomly assigned 44 patients with MM scheduled to undergo ASCT to receive PEI therapy with circadian active BWL or circadian inactive dim white light (DWL) between 7 AM and 10 AM daily during their hospital stay. Patients who previously underwent stem cell transplantation, had visual impairments, severe sleep disorders, history of psychological disorders (eg, bipolar disease, depression), or previous light therapy, were excluded from the study. The Center for Epidemiological Studies Depression Scale (CES-D) was completed pre-hospitalization, at days 2 and 7 post-transplant, and on day 3 of engraftment to assess depressive symptoms.

There were no significant differences in CES-D score at baseline between the study groups (P = .7859).

The authors concluded that light therapy was “an easy-to-deliver, low-cost intervention [that] alleviates depression during hospitalization for autologous stem cell transplantation,” and that light intervention may be applicable across various clinical settings and patient populations.1 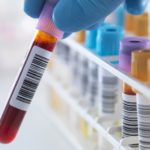 Lenalidomide-Based Maintenance Therapy May Be the Most Effective in Myeloma