Extreme thrombocytosis among young patients with myeloproliferative neoplasms (MPNs) was well controlled by interferon therapy. These findings, from a retrospective review of medical records, were published in Pediatric Blood and Cancer.

Records from 13 patients aged younger than 21 years with polycythemia vera (n=7) or essential thrombocythemia (ET; n=6) and treated with pegylated interferon (PEG) since 2005 at 6 institutions, were assessed for clinical outcomes.

PEG therapy lasted a median of 24 months (range, 10 to 168), at doses of 45-153 mg, administered every 1 to 4 weeks. A total of 5 children discontinued PEG due to thrombotic or bleeding events and 8 patients remained on PEG therapy at study conclusion.

Among the patients with extreme thrombocytosis, 8 had decreased platelet counts (<1000×109/L). The 2 patients with ET and a JAK2-Exon-12mutation did not show improved iron deficiency.

This study was limited by the low sample size and the variable and gender-specific symptom variation among younger patients, making it unclear whether these results may be generalizable.

These data indicated 89% of pediatric patients with extreme thrombocytosis had resolution following PEG therapy and 62% were able to remain on PEG despite adverse events. 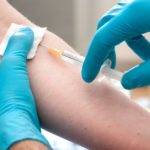