Chimeric antigen receptor (CAR) T-cell therapy targeting GPRC5D may be safe and active in patients with heavily pretreated multiple myeloma (MM), according to a phase 1 study published in The New England Journal of Medicine.

GPRC5D is an orphan G protein-coupled receptor known to be expressed in MM cell lines and plasma cells from patients with MM. MCARH109 is a GPRC5D-targeted CAR T-cell therapy.

Researchers conducted a phase 1 study (ClinicalTrials.gov Identifier: NCT04555551) to determine the optimal dose of MCARH109 in patients with relapsed/refractory MM.

The dose-escalation trial included 17 patients. At baseline, the median age was 60 (range, 38-76) years, and 76% of patients were men. High-risk cytogenetic features were present in 76% of patients, 47% had extramedullary plasmacytoma, and 18% had nonsecretory myeloma.

The most common adverse event (AE) was cytokine release syndrome (CRS), which occurred in 88% of patients but was mostly grade 1 or 2 in severity. There was 1 patient treated at the 450 x 106 dose who developed grade 4 CRS. This patient also had grade 4 immune effector cell-associated neurotoxicity syndrome (ICANS). There were no other cases of ICANS.

The most common grade 3 or higher AEs were neutropenia (94%), thrombocytopenia (65%), and anemia (35%), but these AEs were suspected to be related to lymphodepleting chemotherapy.

Overall, 71% of patients achieved a partial response or better, including 58% who received the MTD or lower. Responses were seen in 70% of patients who had received prior BCMA-targeted therapy.

“The results of this study of a GPPRC5D-targeted CAR T-cell therapy (MCARH109) confirm that GPRC5D is an active immunotherapeutic target in multiple myeloma,” the researchers concluded.

Disclosures: This study was supported by Juno Therapeutics/Bristol Myers Squibb. Some of the study authors declared affiliations with biotech, pharmaceutical, and/or device companies. Please see the original reference for a full list of disclosures. 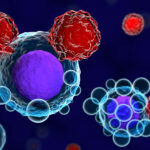