To establish that carfilzomib does in fact induce reticulocytosis, the study researchers first retrospectively analyzed 40 patients with relapsed multiple myeloma. Compared with baseline, significantly elevated levels of reticulocytes were seen after the second treatment cycle (P <.001).

The study researchers then investigated possible avenues through which carfilzomib may cause reticulocytosis.

An additional experiment was performed to more accurately recapitulate the short half-life of carfilzomib. Reticulocytes were exposed to the 4 different proteasome inhibitors at 1-hour pulses and then the medium was changed. Exposure to carfilzomib showed significant inhibition of terminal erythroid maturation (P <.01), whereas the other proteasome inhibitors did not, further showing that inhibition of terminal erythroid maturation may be the underlying mechanism for carfilzomib-induced reticulocytosis.

“Our data thus support the hypothesis that clinical reticulocytosis in patients treated with carfilzomib is caused by a block in reticulocyte maturation, but not by increased erythroid expansion or differentiation,” the study authors wrote. 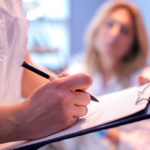