“It’s pretty similar in terms of what we’ve seen in noncancer patients: their age, their comorbidities, and particularly heart disease, obesity . . . They’re the ones that really made a difference in terms of whether you got admitted or whether you had a mortality,” said senior author Deepu Madduri, MD, assistant professor of hematology and oncology and director of clinical operations of multiple myeloma at Tisch Cancer Institute/Mount Sinai Hospital and Icahn School of Medicine, who helped review the Spanish study but was not involved in the research.

“I think it’s basically telling you that just because you have cancer doesn’t necessarily mean that you’re worse off than noncancer patients, because . . . you’re still seeing that the same risk factors apply on both groups,” Dr Madduri added.

The mortality rate in patients with both multiple myeloma COVID-19 — roughly hovering around 30% — is indeed not as high as some clinicians initially feared due to the immunosuppression that typically accompanies the disease and its treatment, added Dr Hultcrantz. She and her colleagues reported a 29% mortality rate for hospitalized multiple myeloma patients with COVID-19 in a recent multicenter study in New York City.3 However, patients with hematological malignancies or metastatic solid tumors generally tend to have a higher risk of mortality from COVID-19 compared with noncancer patients, she said. “But whether it’s the underlying malignancy or the treatment, that’s very hard to … decipher so far.”

In addition to patient characteristics, the Spanish study also found a likely myeloma-related factor prognostic of COVID-19 outcome. Mortality was higher in myeloma patients with renal disease compared with those with normal renal function (59% vs 27%, respectively). The renal failure is most likely driven by the malignancy itself, said study coauthor Joaquín Martínez-López, MD, PhD, head of the hematological malignancies research unit at the Spanish National Cancer Research Center in Madrid. “I think that’s a very important point in this study,” Dr Hultcrantz said.

Another strong predictor of inpatient mortality was presentation with active or progressive disease upon hospital admission, either in newly diagnosed or relapsed disease. Mortality for that group was 49%, compared with 28% and 29% for patients who were in partial or complete response, respectively. “If the [patient’s disease] is under control, the mortality is probably similar to the control population, but the patients with very active disease . . . then the mortality increases,” Dr Martínez-López said.

Dr Madduri noted she also observed a very small, not statistically significant trend in her study suggesting that “patients who were only recently diagnosed and haven’t had a long line of therapy were more likely to get hospitalized than the patients who have had myeloma for years. Patients who are actually in complete remission had less chance of being admitted [to hospital] than patients who were not in remission.”

The authors of the Spanish study also analyzed the treatments the patients had previously received. The vast majority (82%) of patients who had previously undergone an autologous stem cell transplantation (ASCT) survived COVID-19. Forty-one percent of patients who had not received a transplant died. For other treatments, the researchers found similar rates of survival across myeloma patients irrespective of whether they had received immunomodulatory drugs, proteasome inhibitors, or monoclonal antibodies.

This was broadly consistent with Dr Madduri’s study, which also didn’t find a significant effect of prior treatment. To Dr Martínez-López, the result was surprising. He said he had initially hypothesized that some therapies such as CD38-targeting antibodies, for instance, could have an immunosuppressive impact through their effects on T cells and natural killer cells. The finding that patients who had undergone transplantation don’t have higher mortality is reassuring, he said.

Interestingly, Dr Hultcrantz’s findings suggested that undergoing an ASCT in the previous 12 months also did not have a significant effect on mortality. But she said she considers the numbers of patients on specific treatments too small to be able to draw solid conclusions about the effect of treatments. “There’s so many different combinations [of treatments]. I think we need much larger studies to be able to say anything about that,” she said.

Researchers are also trying to find answers to other pressing questions. Dr Madduri, for instance, said she’s investigating the long-term development of severe acute respiratory syndrome coronavirus 2 (SARS-CoV-2)–targeting antibody titers in multiple myeloma patients who have survived the infection — specifically, how those titers differ from those seen in patients without cancer, and their implications for long-term immunity to the virus.

Dr Martínez-López, meanwhile, is tracking long-term complications in survivors. In addition, “we are now also analyzing the patients with mild COVID-19, patients that were not admitted to the hospital,” a so-far poorly understood group of patients. Outpatients were excluded from his current study.

“As time goes on, as we get bigger and bigger cohorts and review more and more patients, this will become even clearer,” Dr Hultcrantz said. 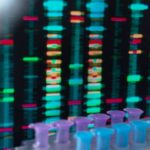