Research on the bone marrow microenvironment, and the dependence of myeloma cells on this microenvironment, has informed the development of the exciting new group of myeloma therapies known as T-cell–dependent, immune-oncology therapies, Dr Raje explained. This group spans anticancer vaccines, immune checkpoint inhibitors, bispecific antibodies, and chimeric antigen receptor (CAR) T cells.2 In March, the FDA approved the first CAR T-cell therapy, idecabtagene, for patients with relapsed or refractory multiple myeloma (MM) who have had at least 4 prior lines of treatment.

With the approval of idecabtagene, researchers are beginning to ask questions about the mechanisms of CAR T-cell response and resistance, and whether its clinical benefit could be enhanced by the use of IMIDs or immune checkpoint inhibitors, Dr Raje stated. In addition, lymphodepleting chemotherapy, which depletes immunosuppressive cells, could alter the immune microenvironment in a way that improves CAR T-cell proliferation and engraftment.

Big strides have been made recently in studies of bispecific antibodies that bridge T cells and myeloma cells by binding proteins on the surface of both cell types and direct the T-cell–mediated toxicity of the myeloma cells. Recent research by Dr Pichiorri’s group has found that disease progression appears to be associated with T-cell exhaustion, among other immune changes. The promise of bispecifics, she added, is that they may be able to reengage the population of exhausted T cells.

Although studies of these T-cell engagers are only in early-stage clinical trials, the data so far suggest they may lead to high response rates and durable responses in the relapsed or refractory setting, Dr Raje said. “We hope that by next year we would have at least 1 [bispecific] product approved.”

One example of how the close study of cell populations in the bone marrow microenvironment can reveal new insights about the mechanisms of action of myeloma therapies comes from the work of Dr Pichiorri and her colleagues.3 Their research set out to explain how patients with myeloma develop resistance to the antibody therapy daratumumab and explore whether loss of CD38 from the surface of myeloma cells was involved.

The group found that daratumumab seems to mediate its effect through activating NK cells, which prime monocytic cells that in turn prime T cells. In addition, resistance to daratumumab is not related to changes in the myeloma cells, but rather to changes in the immune microenvironment. Monocytes acquire an immature phenotype, losing their ability to phagocytose cancer cells and prime T cells, and T cells become exhausted and no longer respond to antigen exposure.

Dr Pichiorri believes that these findings offer clues for strategies to improve response rates to daratumumab and make those responses more durable. Such strategies could include the development of an antibody therapy that primes NK cells to release monocyte-priming cytokines and could be given in combination with daratumumab. She added that it may be beneficial to combine daratumumab and an anti–PD-1 antibody because NK cells are thought to express PD-1 on their surface. Early clinical studies are exploring this possibility.4

It is now clear that the bone marrow microenvironment is immunosuppressed even in the monoclonal gammopathy of undetermined significance (MGUS) and smoldering multiple myeloma (SMM) precursor states, thanks to a spate of advances in mass cytometry and other technologies, said Moser-Katz. These findings, he said, have in turn raised questions about whether IMID could have a clinical benefit in patients with SMM. A recent trial found that treatment with lenalidomide was associated with longer progression-free survival in patients with intermediate and high-risk SMM compared with observation, which is the current standard of care.5

Probing changes in the bone marrow microenvironment very likely will also strengthen the ability to predict progression risk. Even in the best case scenario, considering all the known progression risk factors, clinicians miss about 40% of the patients who progress to symptomatic MM, Dr Raje said. Moreover, “some of these [changes in the microenvironment] are modifiable risk factors, and if we can modify them, that is going to change the natural history of the disease,” she added.

Another important new area of investigation will be to tease apart how specific properties of the bone marrow, which can vary throughout the body, such as in fat content and degree of vascularization, may affect or be affected by myeloma. For example, Dr Raje’s research group is exploring whether the level of adipogenic cells in different bone marrow microenvironments could contribute to disease progression.

As Dr Pichiorri sees it, studying the specific bone marrow sites where myeloma cells reside in patients is the new frontier in myeloma research and treatment. “Until now, we have been thinking that precision medicine is only that we find a mutation…but I think that slowly we will need to understand that precision medicine is a combination of disease localization, microenvironment in the patient, and the cancer cell.” 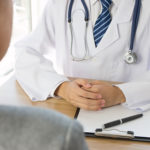 lncRNA and microRNA Levels Associated With Outcomes in Multiple Myeloma