The landscape of treatment for relapsed multiple myeloma has evolved in recent years. Second salvage autologous hematopoietic stem cell transplantation (AHCT) remains an option in these patients, but its use varies widely, according to a recently published letter to the editor.

“Choosing therapy in relapsed multiple myeloma is becoming increasingly complex in the crowded space of emerging and existing therapies,” the researchers wrote.

To assess the use of second AHCT, researchers from the Medical College of Wisconsin and the University of Arkansas examined outcomes of 975 patients who underwent second transplant between 2010 and 2015 in the United States and Canada after relapse following first transplant.

Additionally, those patients who relapsed 3 years or later after first transplant had significantly better progression-free (P =.01) and overall survival (P =.02) compared with those who relapsed earlier.

“The outcomes reported in our study are comparable with some of the new approved FDA regimens in that space,” the researchers wrote. 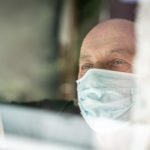 COVID-19: Rates of Hospitalization and Mortality Among Patients With Multiple Myeloma