There is a clear progression-free survival benefit for panobinostat plus bortezomib and dexamethasone among patients with multiple myeloma who received 2 or more prior regimens including bortezomib and an immunomodulatory agent, a new study published online ahead of print in the journal Blood has shown.1

Panobinostat, a potent pan-deacetylase inhibitor that affects the growth and survival of multiple myeloma cells through alteration of epigenetic mechanisms and protein metabolism, led to a significant improvement in progression-free survival when used in combination with bortezomib and dexamethasone in patients with relapsed and refractory multiple myeloma in the PANORAMA 1 trial. In a subgroup analysis, researchers sought to evaluate outcomes of patients in that phase 3 trial based on prior treatment.

In regard to safety, the most common grade 3 or 4 adverse events in the panobinostat group were thrombocytopenia, lymphopenia, neutropenia, diarrhea, and asthenia/fatigue. Of note, on-treatment deaths among those who received a prior immunomodulatory agent and bortezomib, regardless of prior regimen number, were similar between the 2 treatment groups. 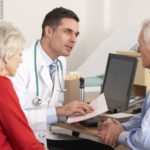