(ChemotherapyAdvisor) – In selected myeloma patients, a second autologous hematopoietic cell transplant (auto-HCT) for salvage therapy is well tolerated, with acceptable toxicity, according to a team of US-based researchers. This conclusion is based on a study entitled “Durable remission with salvage second autotransplants in patients with multiple myeloma,” which is published in the July 15 issue of Cancer.

In this study, the investigators aimed to identify the role of salvage auto-HCT for relapsed patients. To accomplish this feat, the investigators conducted a retrospective analysis of 44 myeloma patients who had previously received a second auto-HCT as salvage therapy.

The investigators reported the following results for patients after salvage chemotherapy plus salvage auto-HCT. Response rates were complete response (CR) plus near CR, 11%; partial response, 79%; overall response rate, 90%. Kaplan-Meier estimates of median progression-free survival (PFS) and overall survival (OS) from time of salvage auto-HCT were 12.3 and 31.7 months, respectively. Median OS from the time of diagnosis was 75 months. Ten patients (23%) experienced grade 3 or higher nonhematologic toxicity after the salvage auto-HCT. One patient died within 100 days, for a treatment-related mortality of 2%.

The investigators concluded: “In selected myeloma patients, a second auto-HCT for salvage therapy is well tolerated, with acceptable toxicity. The overall response rate and PFS are comparable to other salvage regimens.” 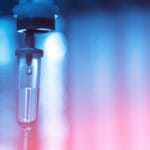