Smoldering multiple myeloma (SMM) is an asymptomatic clonal plasma cell disorder and is described as an intermediate stage between monoclonal gammopathy of undetermined significance (MGUS) and multiple myeloma (MM). In 2003, the International Myeloma Working Group (IMWG) classified patients with SMM as those who displayed an absence of end-organ damage or the signs and symptoms of amyloidosis typical of MM, as well as a bone marrow clonal plasma cell (BMPC) percentage of at least 10, a serum M protein level of at least 30 g/L, or a urine M protein level of at least 500 mg per 24 hours.

Patients with SMM face a higher risk of disease progression compared with those with MGUS but have a lower risk than patients with symptomatic MM. By definition, SMM is an asymptomatic condition, and the prognosis varies considerably. Overall, however, the risk of progression in SMM to symptomatic disease is approximately 10% during the 5-year period following diagnosis. After that, the risk is approximately 3% per year for years 6 through 10 and 1% per year after that. Ten years after diagnosis, the risk of disease progression becomes similar to that of MGUS.

Since SMM was first described nearly 40 years ago, researchers have searched for prognostic factors that could be used to better identify patients who face a higher risk of progression. Identification of these patients would, in turn, allow for increased surveillance of those deemed to be at high risk and inclusion of these patients in clinical trials to evaluate the influence of early treatment on survival outcomes.

A review published in Expert Review of Hematology discussed some of the prognostic factors that have been investigated, the development of risk stratification models, and the question of initiating early therapy in patients with a high risk of progression.

The main risk stratification models for patients with SMM are those that were developed by the Mayo Clinic and by the Spanish Myeloma Group (GEM/Pethema). Another model, known as 2/20/20, has recently been developed by the Mayo Clinic; the model identifies M protein levels of at least 2 g/dL, serum free light chain (sFLC) ratio greater than 20, and BMPC percentage of at least 20 as risk factors and is currently being validated.

“Following the Mayo Clinic and Spanish GEM/Pethema models, some patients can be diagnosed with high-risk SMM, accounting for approximately 15% of this population,” said study author José-Angel Hernández-Rivas, MD, of the hematology department at the Hospital Universitario Infanta Leonor in Spain.

For example, he pointed out, in the new Mayo Clinic 2/20/20 model, patients with all 3 prognostic factors listed have a median time to progression of 29 months. “The addition of adverse cytogenetic aberrations reduces that to only 14.5 months. In the Spanish GEM/Pethema model with all prognostic factors, the time to progression is only 22 months,” said Dr Hernández-Rivas. 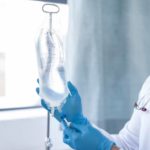