In a large cohort of US veterans with multiple myeloma, statin therapy was associated with a decreased risk of all-cause and cancer-specific mortality, according to a study published in the Journal of Clinical Oncology.1

Statins are active in 1 of the pathways affected by nitrogen-containing bisphosphonates, which have been linked to prolonged survival among patients with multiple myeloma. Researchers evaluated the association between statin use and mortality in a cohort of patients with myeloma.

Investigators analyzed data from 4957 patients diagnosed with multiple myeloma between 1999 and 2013 who were included in the Veterans Administration Central Cancer Registry. Of those, 2294 received statin therapy, defined as having a prescription of a statin within 3 months before or after the time of cancer diagnosis.

Autologous hematopoietic stem cell transplantation, first-line treatment with lenalidomide, bortezomib, or thalidomide, treatment with zoledronic acid, diagnosis after 2006, being of African American descent, and a BMI of 25 kg/m2 or higher were each associated with a decreased risk of all-cause mortality.

Statin therapy was associated with a 31% reduction in the risk of developing a skeletal-related event.

The findings support a role for statin use among patients with multiple myeloma, but prospective trials should confirm these results. 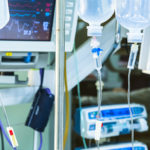