Researchers at the UNC Gillings School of Global Public Health and the UNC School of Medicine have found that a popular class of diabetes medications called DPP-4 inhibitors does not increase the short-term risk of pancreatic cancer, as was previously reported by other researchers.

“Our research shows that short-term use of DPP-4 inhibitors in older diabetes patients does not increase their risk for pancreatic cancer,” said John Buse, MD, PhD, director of the Diabetes Care Center at UNC and co-author of the paper in the current issue of the journal Diabetes, Obesity and Metabolism. “However, we just cannot address the long-term safety, yet. There are just not enough people who have taken the drug for many years.” 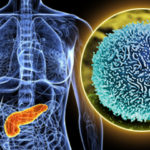