Glucagon-like peptide-1 (GLP-1) analogs, also known as incretin mimetics, represent a class of medications developed over the past few years for the treatment of diabetes mellitus (DM).  These medications include the GLP-1 agents exenatide and liraglutide, as well as the dipeptidyl peptidase 4 (DPP-4) inhibitors sitagliptin, saxagliptin, alogliptin, vildagliptin, and linagliptin.

Although the exact side effect profile is still being determined through post-marketing surveillance and adverse event reporting to the United States Food and Drug Administration (FDA), there has been some concern regarding the potential risk for pancreatic cancer in patients using these agents.

On March 14, 2013, the FDA issued a report stating that they were actively investigating a collection of unpublished data that indicated an increased risk of pancreatitis and precancerous changes in the pancreatic ducts of patients who had been taking GLP-1 analogs.1 The FDA noted that these are just preliminary reports and the research group has been asked to further clarify their methods and findings.

A recent study published by Singh and colleagues also showed that patients receiving GLP-1 analogs had  almost double the risk for being hospitalized for acute pancreatitis compared with patients who did not use these agents.2  In another recent study by Elashkoff et al, there was between a 2.7- and 2.9-times increased risk of pancreatic cancer in patients receiving exenatide and sitagliptin, respectively, during a 5-year span of adverse event reporting to the FDA.3  GLP-1 agonists also have been shown in rat models to induce exocrine pancreas ductal metaplasia, which is thought to predispose the pancreas to future cancer.4,5

Based on this data, if GLP-1 analogs do, in fact, increase the risk of pancreatitis, this could lead to an increased risk of cancer after years of chronic use.  It has also been hypothesized that DPP-4 inhibitors could also have detrimental immunomodulatory effects that might predispose a patient to pancreatic cancer with long-term use. However, since many of these agents are still relatively new to the market—available for less than 10 years— data supporting these concepts would not be available yet.

Although the much of the preliminary data does suggest some link between the use of GLP-1 analogs and pancreatic cancer, the exact correlation has yet to be determined as more adverse event data remains to be collected.  In addition to more clinical data, preclinical studies to further elucidate the numerous biochemical pathways involved in the signaling of these medications would also be critical to understanding the link between GLP-1 analogs and pancreatic cancer. 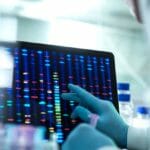