The risk of developing pancreatic cancer rises with an increasing number of first-degree relatives with pancreatic or other cancer in a dose-response manner, according to a study presented at the 2018 AACR Pancreatic Cancer: Advances in Science and Clinical Care conference in Boston, Massachusetts.1

The study included 721 offspring who were deemed at risk of developing pancreatic cancer and 223 kindreds, defined as affected trios — in which both parents have pancreatic cancer and/or another cancer type plus 1 offspring with pancreatic cancer. Patients whose parents both had cancer were identified using an unbiased ascertainment approach, and all patients prospectively provided detailed histories between 2000 to 2017. The Surveillance, Epidemiology, and End Results Program data were used as a referent for the general population.

The authors concluded that “[pancreatic cancer] risks to offspring are 2.7- to 30-fold higher in this setting compared to the general population.” They predicted that “these results will inform genetic counseling for pancreatic cancer risk.” 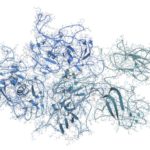