One of the most challenging aspects of treating any patient with cancer is the side effect profile of chemotherapy, radiation therapy, or surgery.

This can be especially challenging in patients with pancreatic cancer who generally have limited treatment options and a relatively poor prognosis.

In the United States, pancreatic cancer is among the most deadly cancers and it represents the fourth leading cause of cancer-related deaths in both men and women.1

Although new treatment options continue to evolve for patients with pancreatic cancer, the overall prognosis remains poor with a 5-year survival rate of less than 5%.1

Surgery is a potential option for patients with pancreatic cancer, however less than 20% of patients are surgical candidates upon initial diagnosis.1

Therefore new treatment modalities are being developed for patients with pancreatic cancer aimed at improving efficacy as well as limiting toxicity. One such option that has accumulating data is the use of fiducial placement for stereotactic body radiotherapy (SBRT). SBRT delivers several beams of radiation to a localized area of the tumor, thereby limiting exposure to surrounding tissue.

The gold fiducials are approximately 3 mm to 5 mm in length and have a diameter of 0.8 mm to 1.2 mm.1,3 There are several types of fiducials, including “traditional” and “coiled” versions.2

Fiducials are used to mark the tumor site to provide extremely localized radiotherapy in attempts to avoid exposure to surrounding areas. 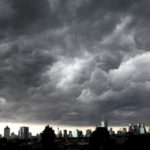