In recent years, plasma 25-hydroxyvitamin-D (vitamin D) levels have been implicated in the pathogenesis of pancreatic cancer, and several teams of investigators have attempted to clarify this association to determine whether vitamin D measurements have a prognostic role as a biomarker in this disease setting.1,3-5

For example, a post hoc analysis of the randomized phase 3 MPACT trial (NCT00844649) found no association between vitamin D levels and overall survival (OS) in patients with pancreatic cancer.1 The MPACT study authors compared nab-paclitaxel and gemcitabine with gemcitabine alone in 861 patients with metastatic pancreatic cancer.2 Data on vitamin D levels were available for 422 of the patients, who were subsequently divided into 3 groups based on vitamin D level classification: sufficient (> 30 ng/mL), relatively insufficient (20-30 ng/mL), and insufficient (<20 ng/mL).

Authors of a meta-analysis that included 12 studies that evaluated the impact of vitamin D levels on pancreatic cancer risk and mortality also found no statistical difference in survival outcomes.3  In this evaluation, elevated levels of vitamin D were found to correlate with  lower pancreatic cancer mortality without significant heterogeneity (HR, 0.81; 95% CI, 0.68-0.96). Data on progression-free survival were limited, but also suggested no association between vitamin D levels and this outcome.

Daily vitamin D intake and pancreatic cancer riskwas also the focus of a pooled data analysis involving results from 9 case control studies from the International Pancreatic Cancer Case-Control Consortium. By contrast with the findings from the meta-analysis, data from this pooled analysis demonstrated a link between higher amounts of vitamin D intake—with the threshold between “low” and “high” defined as 100 international units (IU)/day—and increased risk for pancreatic cancer (overall risk, 1.13; 95% CI, 1.07-1.19).4 No significant impact was observed when the results were adjusted for cigarette smoking. The study authors noted that the association between vitamin D intake and pancreatic cancer could be associated with low vitamin A intake. 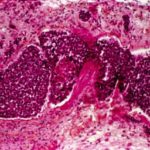