The investigators collected prostate MRI findings, 4Kscore, and biopsy information from 166 men enrolled in the MAST (MRI-Guided Active Selection for Treatment of Prostate Cancer) study within 1 year of diagnosis and again at 12, 24, and 36 months. MAST is a single-center, single-arm prospective study of patients undergoing active surveillance for low- to intermediate-risk prostate cancer.

In all, 79 patients (47.6%) progressed during the study period. Patients who progressed had a significantly higher median baseline 4Kscore than those who did not (31% vs 14%). Patients with a 4Kscore of 20% or higher had a significantly higher cumulative incidence of progression by 36 months compared with patients who had a lower 4K score (72.5% vs 41.0%).

On multivariable analysis, a 4Kscore of 20% or higher independently predicted a 1.7-fold increased risk for progression after adjusting for NCCN risk, age, and PIRADS score, according to the investigators.

The investigators noted that, as far as they are aware, their study is the first to prospectively evaluate the role of 4Kscore within an MRI-based protocol. Although further validation is needed, the investigators said their results are promising and suggest that the 4Kscore may be a useful tool for clinical decision making in active surveillance. 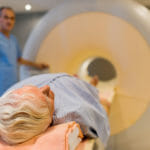