The addition of docetaxel to standard of care should be considered standard for men with treatment-naïve m1 hormone-sensitive prostate cancer, according to a systematic review and meta-analysis published in The Lancet Oncology.1

The review included a search on MEDLINE, Embase, LILACs, the Cochrane Central Register of Controlled Trials, trial registers, conference proceedings, and reference lists from large randomized controlled trials evaluating the addition of docetaxel or bisphosphonates to standard of care.

Hazard ratios of the effects of docetaxel or bisphosphonates on survival and failure-free survival time were taken from each trial and combined using the Mantel-Haenzsel fixed-effect model.

For locally advanced disease, 3 trials showed no survival benefit from docetaxel, but data from 4 trials demonstrated an improved FFS rate that translated into reduced absolute 4-year failure rate of 8% (95% CI, 5 – 10).

Three trials evaluating bisphosphonates for men with M1 disease demonstrated improved survival that translated to 5% absolute improvement (95% CI, 1 – 8), however this result could be skewed by the positive result of one trial that evaluated sodium clodronate. Zoledronic acid was not found to provide any survival benefit, and translated to an absolute improvement in survival of 2% (95% CI, -3 – 7).

Four trials of bisphosphonates for men with M0 disease showed no benefit from the addition of zoledronic acid. Investigators were unable to determine failure-free survival  for bisphosphonate trials because definitions were not consistent. 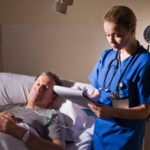