The combination should be validated with a second-generation antiandrogen, the researchers argued.1

“HDACis also inhibit AR splicing that generates ARSv7, which has been implicated both in driving AR-refractory lethal CRPC through ligand-independent AR target gene activation and in generating secondary resistance of CRPC to AR-axis inhibitors (antiandrogens and androgen synthesis inhibitors),” she said.

Dr Ferrari and her colleagues surmised that panobinostat inhibits bicalutamide-resistant prostate tumor cell growth by curbing AR mRNA and protein levels directly, although she was quick to note that the exact molecular mechanism or mechanisms involved remain incompletely understood.

“We further surmise that AR-target gene levels on combined panobinostat plus bicalutamide treatment such as PSA [prostate-specific antigen] decreases, and delays in time to PSA rise in our clinical study are likely due to the primary restoration of bicalutamide antagonism rather than to a direct effect of [panobinostat],” Dr Ferrari said. 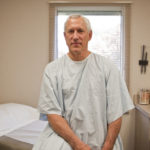