Pelvic lymph node dissection still may be required in men with intermediate- or high-risk prostate cancer who have a negative finding on a 68Ga-PSMA-11 PET scan, according to a recent study.

A phase 3 study demonstrated that 68Ga-PSMA-11 PET scans had a sensitivity and specificity of 40% and 95%, respectively, and positive predictive value and negative predictive value of 75% and 81%, respectively, for detecting pelvic nodal metastases, Thomas A. Hope, MD, of the University of California, San Francisco, and colleagues reported in JAMA Oncology. The negative predictive value indicates that one-fifth of patients who underwent radical prostatectomy (RP) had positive nodes at pathology despite negative scans, according to the investigators. “For this reason, it is important that surgeons do not use a negative PET [scan] to forgo a pelvic nodal dissection,” they noted.

The study included 764 men with intermediate- or high-risk prostate cancer who had 68Ga-PSMA-11 PET scans. Of these, 277 underwent RP and made up the primary efficacy population. All imaging studies of this population were read by 3 blinded independent central readers not involved in study design and data acquisition. Based on pathology reports, 75 of the 277 patients (27%) had pelvic nodal metastases.

In an accompanying editorial, Joseph R. Osborne, MD, of Weill Cornell Medicine in New York, New York, and colleagues commented that the study by Dr Hope’s team “has provided a road map for how preintervention PSMA PET imaging will guide the appropriateness of radical prostatectomy for the referring urologists. As such, these results are practice changing for the nuclear medicine physicians, urologists, and medical oncologists who will manage this cohort of patients.” 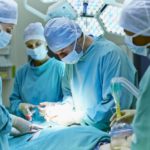