The error rate due to the implied decimal point used for prostate-specific antigen (PSA) results is substantially lower than previously noted, according to a study published in Cancer.1

For the past 12 years, PSA values have been recorded as 3-digit scores without a decimal. If, for example, a patient has a PSA value of 3.4, the score is recorded as “034” (scores greater or equal to 98 are all coded as “980”). A 2014 study recorded an 18% error rate in results, which was attributed to the implied decimal system.

To determine the error rate of PSA values in the SEER database, researchers reviewed the values of 50,277 patients diagnosed with prostate cancer in 2012. Of the 5.7% of total errors recorded from SEER, only 1.93% were attributed to use of an implied decimal point.

Other types of error included abstract and coding errors. Less than 1% of all errors in SEER resulted in a miscalculation of disease state.

The authors conclude that SEER’s lower error rate than the one observed in previous studies is due to its “rigorous quality control and visual editing processes.”

While errors were found, the authors note that SEER is implementing new software to lower the risk of error via implied decimal point. 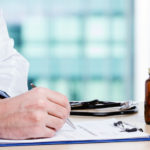