Metastasis-directed therapy alone may delay initiation of systemic therapy in select men with a solitary metastasis after hormone-sensitive prostate cancer recurrence, according to a study published in The Journal of Urology.

The researchers noted that neither the American Urological Association nor the National Comprehensive Cancer Network (NCCN) recommends MDT as part of guideline-based care. However, the NCCN “has recently allowed for consideration of MDT to improve progression-free survival.”

The researchers added that their report suggests the need for “a revision of the guidelines to allow for MDT in carefully selected patients.” 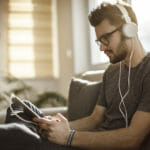