Cancer-specific and overall survival of men with advanced prostate cancer (PCa) may be linked to the anatomic site where metastasis develops, according to a new study.

Men with liver-only metastasis have worse cancer-specific and overall survival than men with bone-only and lung-only metastasis, investigators at The First Hospital of Jilin University in Jilin, China, led by Chunxi Wang, MD, reported in Oncology Letters.

Their analysis of 2010 to 2013 data from 10,777 men with stage IV PCa in the Surveillance, Epidemiology and End Results (SEER) database revealed that men with no liver metastasis had a significant 52.8% and 49.9% decreased risk of cancer-specific and all-cause mortality, respectively, compared with men who had liver-only metastasis.

In addition, the study found that prostatectomy is associated with a survival advantage among men with bone-only metastasis. In this subgroup, men who underwent prostatectomy had a significant 70.9% and 65.4% lower risk of cancer-specific and all-cause mortality, respectively, than those who did not have the surgery. 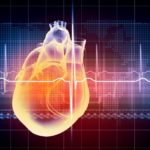