Late night shift work showed no link to incidence of prostate cancer in industrial workers, according to a cohort study in a German chemical factory published in the journal Deutsches Ӓrteblatt International.

Evidence showing a possible carcinogenic link between late shift work and prostate cancer has been inconsistent.

Researchers studied a cohort of 27,828 men who spent at least a year working as industrial production workers between 1995 and 2005.

Potential confounders such as age, task, and employment duration were taken into consideration. The differences between the risk in daytime workers as compared with shift workers were analyzed with the Cox regression model.

While both groups of workers demonstrated a higher incidence in prostate cancer than the rest of the population, the shift workers did not have an elevated hazard ratio for prostate cancer when compared to the daytime workers (HR=0.93, 95% CI, 0.73-1.18). Some differences were noted depending on tumor stage. 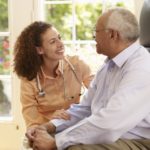