Observation is increasingly being used among men with low-risk prostate cancer who are young and healthy enough for treatment, according to a study published in The Journal of Urology.

Chad R. Ritch, M.D., M.B.A., from the University of Miami, and colleagues examined the temporal trend in observation of clinically localized prostate cancer in men who were young and healthy enough to undergo treatment.

Data were included from the Surveillance, Epidemiology, and End Results-Medicare Database for 66,499 men with localized prostate cancer from 2004 to 2009. A predictive model of observation was developed after adjustment for diagnosis year, age, risk, and comorbidity.

RELATED: No Difference in Toxicity for Hypofractionated Radiotherapy in Prostate Cancer

The odds of undergoing observation were two-fold higher among men aged 66 to 69 years with low-risk disease and no comorbidities (odds ratio, 2.12). Independent predictors of observation included age, risk group, comorbidity, and race (all P < 0.001), as well as year of diagnosis.

“This suggests growing acceptance of surveillance in this group of patients,” the authors write. 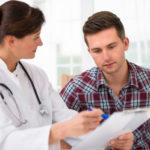