Androgen deprivation therapy (ADT) for prostate cancer is associated with an increased risk of overactive bladder (OAB), a finding consistent with an inhibitory role of androgen in modulating male voiding dysfunction, according to a new study.1

“Since ADT is still the pivotal treatment in advanced prostate cancer, OAB which might occur after ADT should be taken into consideration during patient care,” a team led by Chen-Li Cheng, MD, PhD, of Taichung Veterans General Hospital and Chung Shan Medical University in Taichung, Taiwan, concluded in Anticancer Research.

The BPH-5ARI group had a significant 49% increased risk of OAB compared with the ADT group. In explaining this elevated risk, the authors noted that reimbursement regulations require that prostate size must be larger than 30 mL or the maximal voiding flow must be less than 15 mL/min. “With this regulation, these patients should have more severe LUTS than the other 3 groups,” the investigators noted. 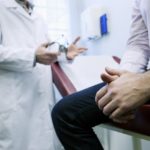