Even when stratified by risk, individuals with either localized or metastatic prostate cancer were less likely to undergo treatment if they lived in rural areas compared with more developed regions, according to a study published in The Journal of Urology.

The study identified 51,024 men in the Pennsylvania Cancer Registry who had localized or metastatic prostate cancer diagnosed between 2009 and 2015. The researchers calculated incidence (adjusted for age by county-level estimates) of prostate cancer using United States Census data from 2010 to 2015. Individuals’ towns were assigned a “rurality of residence” value, which consisted of a characterization of being urban, a large town, or a rural area.

Despite the fact that the total age-adjusted incidence of prostate cancer across all areas of residence went down during the study period — which the authors said coincided with the recommendation by the United States Preventive Services Task Force recommendation against prostate-specific antigen screening — urban residents had a higher incidence of prostate cancer versus those in other cohorts (P <.0001).

And, although area of residence did not influence the receipt of radiation therapy, people with prostate cancer living in non-urban areas were less likely to receive treatment altogether. For men with high-risk disease, the regional difference in receipt of therapy was most striking.

Curiously, for those who did receive radiation therapy, rural patients were more likely to receive newer radiation modalities.

The authors of the study acknowledged that some of this disparity in care could be due to a lack of urologists in rural areas, but that this did not fully explain the disparity seen. “Differences in treatment between urban and rural populations may be due to factors associated with rural residence (socioeconomics, environment, and behavior) and access to care,” the authors wrote. Improvements in care coordination, they added, should be addressed at a federal level. “While it may be difficult to recruit specialists to rural areas, it may be easier to facilitate collaborative partnerships between urban centers and rural providers for specialty care.” 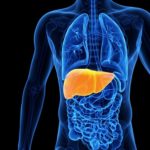