Self-Management in Long-Term Survivors of Prostate Cancer: Does It Work? - Cancer Therapy Advisor

This program had been tested in prior studies that had a National Cancer Institute (NCI) designation.

Despite this discrepancy, there was no difference in baseline EPIC scores between the groups; 75.5% of patients in the intervention arm received all 4 domain newsletters. The most common initial symptom domain chosen by a patient was sexual health followed by urinary, bowel, and general. Interestingly, close to 80% of patients never chose to receive information regarding bowel symptoms.

At the primary end point of 5-month follow-up, there were no statistically significant differences between the groups in their EPIC scores (based on a significance level of P =.0125). Similarly, there were no differences in symptom self-management, perceived efficacy in patient-physician interactions (PEPPI), or cancer control and outlook.

This study highlights several key points. Despite the time-intensive commitment needed for the primary end point (four 30-minute calls over 4 months), many patients remained in the study. This retention rate is impressive and does show a high level of engagement even if the differences in results were not statistically significant.

Patients appeared to be most concerned with symptoms associated with sexual health and least concerned with bowel symptoms. The authors postulated that the lack of statistical significance could have been secondary to many of these patients dealing with these symptoms for many years, so an automated system may have not been as interactive and/or intriguing for them. It is also important to note that the authors used .0125 as the level of significance based on their statistical analyses. Even though there were minimal statistical differences between the groups, the costs of the actual interventions were relatively minimal.

When reviewing this study, it is important to note some of its limitations. The patient population was drawn solely from four Veterans Affairs (VA) sites in the Midwest, which isn’t necessarily representative of all of the patients with prostate cancer in the United States. There were also some noteworthy education gaps between the 2 groups at baseline, with the intervention group having higher levels of education.

As many patients continue to develop an interest in individualized medicine, programs such as the “Building Your New Normal” could undergo improvements and transformations in the future. Obviously this type of intervention does not replace the services of a health care practitioner, but it could serve as an adjunct to improving patient realization of their symptoms and encourage them to seek out additional medical care.

It would be interesting to see if the patients who were enrolled in the intervention arm were able to possibly prevent cancer recurrence, were more adherent with follow-up visits and testing, had fewer hospital admissions, and had smaller or larger overall long-term health care costs. It would also be interesting if a similar study could be conducted using more advanced technology, such as an application that could be downloaded to a phone or tablet. 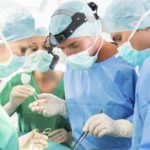