Prostate cancer-specific survival at 10 years is slightly lower among men with low-grade disease undergoing active surveillance compared with active treatment, according to population-based data published in The Journal of Urology.

“Although outcomes on [active surveillance] are excellent, these results do suggest that some men are misclassified or may miss an opportunity for cure,” Antonio Finelli, MD, of the University of Toronto, Princess Margaret Cancer Centre, in Canada, and colleagues wrote.

In the retrospective study, Dr Finelli and colleagues compared long-term cancer outcomes among 21,282 men receiving active surveillance or definitive treatment with radiation or surgery in Ontario, Canada, from 2002 to 2014.

The investigators calculated that 125 men on active surveillance would need to receive initial treatment to prevent 1 prostate cancer death at 10 years. The team cautioned that overtreatment is associated with potential urinary, bowel, and sexual-related harms.

The findings highlight “a need for a careful discussion between patient and clinician to balance treatment-related side effects and impact on quality of life vs the modest decrease in PC [prostate cancer]-specific mortality associated with intervention,” Dr Finelli’s team wrote. 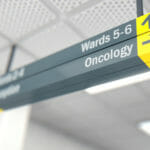 How Vertical Integration Impacts Care for Patients With Prostate Cancer