The team used Markov modeling to simulate how patients on each of these 3 treatments would progress through different health states over time — based largely on data from randomized clinical studies — and to predict the cost-effectiveness of each series of treatment at 10 years, including the costs of follow-up visits and diagnostic test imaging, in addition to the costs of the treatments themselves.

Probabilistic sensitivity analysis — whereby simulations were repeated 1 million times while varying model parameters to better reflect the variability in a real patient population — revealed that upfront MDT followed by systemic therapy was the most cost-effective strategy in nearly 54% of simulations. Total cost estimates for this approach ranged from $76,000 to $180,000, compared with ranges of $124,000 to $224,000 for the second approach, and $103,000 to $181,000 for the third approach.

Dr Kishan and his colleagues chose the now-generic drug abiraterone as an advanced therapy in their model, whereas other advanced agents, such as enzalutamide or apalutamide, would produce different results. If those had been employed instead of abiraterone in the study, upfront MDT may potentially appear even more cost-effective than the results suggested, they wrote.

The paper is “very provocative” in that it examines how different treatment approaches could potentially preserve oncologic outcomes, said Jennifer Cullen, PhD, MPH, associate director for cancer population sciences at the Case Comprehensive Cancer Center in Cleveland, Ohio, who wasn’t involved in the research. “It’s really being thoughtful about [whether] we are really preserving meaningful quantity of life, while we’re certainly causing declining quality of life.”

However, trials are needed before these findings can be adopted into practice, she added. “Because it’s based on modeling, and not actual observation of patients or randomized clinical trial data, I would be hesitant to get too excited and adopt this as the new thinking,” she added. Limitations of the study acknowledged by the authors included, for instance, uncertainties around whether trial data from patients with de novo metastatic disease would apply to patients with oligorecurrent disease, and various assumptions, such as assuming that all patients whose disease did not respond to systemic therapy would have similar outcomes irrespective of the prior treatments they had received.

Whether upfront MDT actually improves long-term survival outcomes and causes a meaningful delay in disease progression still needs to be studied in clinical trials, Dr Kishan said. “Is there a penalty someone would incur because they delayed these [systemic] drugs? Would those patients do worse, because they started these drugs later?,” he asked. “The converse is also true: we don’t know if there might be a meaningful benefit to doing this type of treatment, and maybe delaying the need to use 1 of these advanced drugs and maybe extending the time that that drug could be effective. From an effectiveness-against-the-cancer standpoint, [our study] is quite preliminary.”

Disclosure: Some of the investigators disclosed various financial ties to the pharmaceutical industry in this study. For a full list of disclosures, please refer to the original paper. 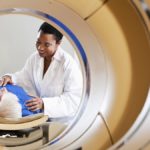