Cancer Therapy Advisor spoke with Emmanuel S. Antonarakis, MD, associate professor of oncology at the Johns Hopkins Sidney Kimmel Cancer Center in Baltimore, Maryland, about his team’s newly-published cost-savings analysis for a prostate cancer “liquid biopsy” that they have developed.

The test detects circulating tumor cell (CTC) expression of an androgen receptor (AR) gene-splice variant known as AR-V7. AR-V7 has been implicated in metastatic prostate tumor resistance to the androgen-receptor signaling (ARS) blockers abiraterone and enzalutamide. Whereas most candidate prostate cancer biomarkers are prognostic of patient outcomes, AR-V7 allows prediction of whether or ARS inhibition will be effective.1

Now your team has published a cost-savings analysis that looked at how routine use of this test in the clinic can affect the cancer care costs for patients with advanced CRPC.

What did this analysis find, and what are the implications for clinical practice?

Antonarakis: The big-picture result was that testing men who are considering therapy with abiraterone or enzalutamide for AR-V7 can be extremely cost-effective, if those men who are positive are not offered the 2 drugs. These drugs have significant costs. The theory behind the study was if a man has AR-V7 mutation, he is unlikely to benefit from abiraterone or enzalutamide. Without the test, you’d need to treat a patient for about 3 months to find out that he wasn’t responding. A conservative estimate is that those 3 months of medication would cost between $20,000 and $30,000, at $8000 to $10,000 per month. We wanted to be very conservative in our analysis.

Then we said, well, the incidence of AR-V7 needs to be considered. Our previous work yielded an estimate of 30%. Then we asked how many patients have CRPC per year in the US. If the incidence AR-V7 is 30% of all CRPC patients, and if they knew they wouldn’t get abiraterone or enzalutamide, then that would save 3 months [of unnecessary treatment]. If the costs were $1000 per AR-V7 test, then how much would the US health care system save in 1 year?

The figure was staggering: $150 million saved per year.

Antonarakis: We have the test at our institution [Johns Hopkins Sidney Kimmel Cancer Center] and we’re charging roughly $800 per test. If a commercial test becomes available, it would cost between $1000 and $2000.

CTA: Was the cost analysis for first-line use of abiraterone and enzalutamide?

But with a prevalence of 30%, it is extremely cost-effective. We made the most conservative estimates.

CTA: Did your team’s analysis consider costs associated with managing treatment side effects?

Antonarakis: We didn’t factor in the costs of managing side effects. That would have made the test even more cost-effective, so we probably underestimated the cost savings. 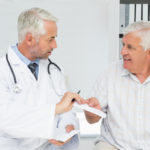