Consequently, many men will be able to avoid the adverse effects of radiotherapy, which include urinary incontinence and urethral stricture, according to investigators.

The study, RADICALS-RT, is the largest trial to date looking at postoperative radiotherapy for prostate cancer. It enrolled 1396 patients following RP from the United Kingdom, Denmark, Canada, and Ireland. Investigators randomly assigned patients to receiving postoperative RT or the standard approach with observation, with RT an option if patients experienced biochemical recurrence.

At a median follow-up of 5 years, biochemical progression-free survival rates were 85% in the RT group and 88% in the observation arm, a difference that was not statistically significant, the investigators reported.

“The results suggest that radiotherapy is equally effective whether it is given to all men shortly after surgery or given later to those men with recurrent disease,” first author Christopher C. Parker, MD, of The Royal Marsden NHS Foundation Trust and Institute of Cancer Research in London, said in an ESMO press release. “There is a strong case now that observation should be the standard approach after surgery and radiotherapy should only be used if the cancer comes back.”

Commenting on the study, Xavier Maldonado, MD, of Hospital Universitari Vall d’Hebron in Barcelona, observed: “These are the first results to suggest that postoperative radiotherapy for prostate cancer could be omitted or delayed in some patients. This will shorten the duration of treatment for these patients and allow better use of resources since today’s radiotherapy is technically sophisticated and therefore expensive. However, strict follow-up will be needed to identify patients requiring salvage radiotherapy.”

In a separate presentation, investigators presented the results of the ARTISTIC meta-analysis of 3 randomized trials—including the RADICALS-RT trial—that confirm the findings of Dr Parker and his team. The meta-analysis looked at data from 2151 men across the 3 trials. Of these, 1074 and 1077 patients were randomly assigned to receive adjuvant RT and early salvage RT, respectively. The meta-analysis found no statistically significant difference between the adjuvant RT and salvage RT arms with respect to PSA-driven event-free survival.

“Results of the ARTISTIC meta-analysis confirm those of RADICALs, and provide greater evidence to support the routine use of observation and early salvage therapy,” first author Claire Vale, PhD, of University College London, stated in the ESMO release. 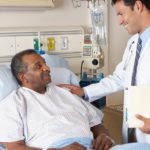