(HealthDay News) — For Medicare beneficiaries with prostate cancer, stereotactic body radiation therapy (SBRT) is less expensive than intensity-modulated radiation therapy (IMRT), but is associated with more genitourinary toxicity, according to a study published online March 10 in the Journal of Clinical Oncology.

James B. Yu, MD, from the Yale School of Medicine in New Haven, CT, and colleagues performed a retrospective study to examine the treatment cost to Medicare and the toxicity for SBRT or IMRT as a primary treatment for prostate cancer.

Data were collected from a national sample of Medicare beneficiaries aged 66 years and older who were treated during 2008 to 2011. Each of 1,335 SBRT patients was matched to two IMRT patients (2,670 patients) with similar follow-up.

A total of 43.9% of SBRT patients and 36.3% of IMRT patients had genitourinary toxicity at 24 months post-treatment initiation (odds ratio, 1.38: P = 0.001). Claims indicative of urethritis, urinary incontinence, and/or obstruction accounted for the increase in toxicity.

“Although SBRT was associated with lower treatment costs, there appears to be a greater rate of genitourinary toxicity for patients undergoing SBRT compared with IMRT, and prospective correlation with randomized trials is needed,” the researchers wrote.

In an accompanying editorial, Anthony V. D’Amico, MD, PhD, of Brigham and Women’s Hospital and Dana-Farber Cancer Institute in Boston, noted that, despite the study’s limitations, the results “should raise our awareness that the potential for an increase in clinically significant [genitourinary toxicity] with SBRT as compared with IMRT exists.”

“I would also recommend that until the results of the Swedish RCT are available to provide data about the relative efficacy and toxicity among men treated with IMRT versus accelerated RT, accelerated RT regimens utilizing cyberknife or SBRT for PC shoudl only be performed in the setting of well-designed clinical trials,” D’Amico wrote. 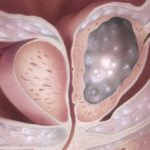