A single prostate-specific antigen (PSA) screening may not improve the 10-year rate of prostate cancer–specific survival, though low-risk disease is more likely to be detected, according to research published in JAMA Oncology.1

Recommendations about population-wide PSA screening are mixed, with some studies suggesting that the potential benefits of early diagnosis are outweighed by overtreatment. No major study has, however, determined whether a single PSA screening is likely to benefit patients over a long follow-up period.

For this study (the Cluster Randomized Trial of PSA Testing for Prostate Cancer; CAP), researchers attempted to “determine the effects of a low-intensity, single invitation PSA test and standardized diagnostic pathway on prostate cancer–specific and all-cause mortality while minimizing overdetection and overtreatment.”

Of patients assigned to the intervention group, 64,436 underwent PSA testing and had a valid result. Eleven percent of these patients had a PSA level between 3 ng/mL and 19.9 ng/mL; 85% of patients in this PSA range underwent biopsy.

Prostate cancers diagnosed in the intervention group were, furthermore, more likely to have a Gleason grade of 6 or lower.

The authors concluded that “there was no significant difference in prostate cancer mortality after a median follow-up of 10 years but the detection of low-risk prostate cancer cases increased. Although longer-term follow-up is under way, the findings do not support single PSA testing for population-based screening.” 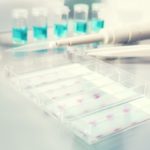