In a randomized, open-label, controlled phase 2 trial involving 99 patients with up to 5 metastatic lesions, median overall survival 41 months among patients who underwent SABR compared with 28 months for control patients who received standard of care palliative treatment, David A. Palma, MD, of London Health Sciences Centre in London, Ontario, and colleagues reported in The Lancet. Median progression-free survival was 12 months in the SABR group compared with 6 months in the control arm.

“Although further trials are needed,” Dr Palma’s team wrote, “the emerging evidence supports the existence of an oligometastatic state, and that patients with a limited number of metastases might be amenable to curative-intent treatment strategies.”

Adverse events of grade 2 or worse occurred in 19 (29%) of SABR recipients and 3 (9%) controls. Treatment-related deaths occurred in 3 (4.5%) of the SABR group and none of the controls. The deaths occurred despite stringent dose constraints and a requirement for peer review of all radiation plans, according to the investigators. This finding suggests that SABR delivery should continue to focus on minimization of toxicity and that SABR use in patients with more than 5 lesions should be done in the context of a clinical trial, they stated. 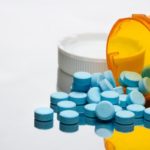