Prostate specific antigen (PSA) levels may be misleading in African American men and a greater workup may be required when considering active surveillance or watchful waiting, according to a study published in The Journal of Urology.1

“As African American men have a higher risk of significant disease compared to Caucasian men when all other parameters are the same, complementary use of novel techniques, such as multiparametric magnetic resonance imaging and targeted biopsy if there are any suspicious lesions in the prostate should be considered in African American men electing active surveillance,” said lead investigator Oleksandr Kryvenko, MD, an assistant professor of pathology and urology at Sylvester Comprehensive Cancer Center at the University of Miami Miller School of Medicine in Miami, FL.

He said it is time to rethink PSA level cutoffs and active surveillance in African American men. Dr Kryvenko noted that deaths from prostate cancer have declined by about 40% since the advent of PSA screening in the late 1980s, and 40% to 70% of that decline may be attributable to screening.

Active surveillance is considered appropriate for early low grade disease. However, Dr Kryvenko said race may be a greater variable than earlier estimated.

“The contemporary urologic practice in the United States is marked by racial diversity. There is evidence that active surveillance biopsy criteria for prostate cancer are not as accurate in African American as in Caucasian men. Consequentially, if the same criteria are used for different ethnicities, the risks of missing a significant disease that may be dangerous to a patient differ between ethnicities,” said Dr Kryvenko. 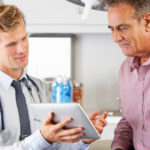 Enzalutamide May Be Better Than Bicalutamide for Asymptomatic, Mildly Symptomatic mCRPC