In this study, PROSTVAC-VF was found to be well tolerated and 63% of eligible patients were free of PSA, radiographic, and clinical progression following 6 months of vaccine therapy. In men who received the vaccine and androgen ablation therapy, researchers found the complete response rates were 74% at 7 months.

“With any vaccines, there is a rationale the earlier you give the vaccine the better the results will be. So, the thought and rationale behind this recent trial was to give the vaccine earlier in the process,” said lead study author Robert DiPaola, MD, of the Rutgers Cancer Institute of New Jersey in New Brunswick, NJ.

“The patients in the study did not have any defined metastatic disease. They have early and invisible disease. In this population, there is no standard therapy but these patients have micrometastatic disease not yet causing a problem. So this was a chance to give something early in the process.”

Dr. DiPaola said these findings must be viewed as preliminary, but they are very promising and lay the groundwork for future immunotherapy options in men who have two rising PSA values, no visible metastasis, but cancer that is resistant to hormone therapy, surgery, or radiation. PROSTVAC-V is a highly immunogenic vaccinia virus that contains a modified full-length PSA with a single amino acid substitution.

This poxvirus also contains 3 stimulatory molecules that work synergistically with the poxviral system. PROSTVAC-F is a fowlpox virus transduced with a stimulatory molecule and PSA. It is given multiple times as a booster and given in combination with granulocyte-macrophage colony-stimulating factor (GM-CSF).

In this current analysis, the median age of the patients was 62.5 and 92% were white. In step one, patients who had PSA progression following local therapy were treated with PROSTVAC-V and PROSTACT-F (40 patients). Among these patients, the median pretreatment PSA velocity was 0.13 log (PSA)/month.

However, that improved to a median post-registration (6 months) velocity of 0.09 log (PSA)/month, resulting in an improvement in PSA doubling time from 5.3 months to 7.7 months.

In step two, 27 eligible patients were given androgen ablation along with the vaccine. Among these 27 patients, 20 patients (74%) achieved a completed response at 7 months, suggesting a viral vaccine approach can be safely administered with androgen ablation.

“We did see a significant effect,” Dr. DiPaola said in an interview with Cancer Therapy Advisor. “Right now, there is so much promise with prostate cancer vaccines. This one has some very good features because it is easy to administer. It is like getting a flu shot.”

The vaccine was well tolerated and the side effects were limited to traditional vaccine toxicities that were mild. The most common adverse events were injection site reaction, muscle pain, and fatigue. During step 1, there were no grade 4 toxicities. 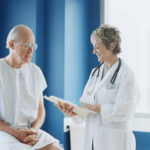