The introduction of targeted therapy has dramatically changed the treatment of renal cell carcinoma (RCC) during the last 10 years, and recent developments and ongoing trials offer promise for the future.

In December 2005 and January 2006, the U.S. Food and Drug Administration (FDA) approved sorafenib and sunitinib, respectively, for the treatment of RCC, marking the beginning of the targeted therapy era. These agents provided much needed options for patients with advanced disease. Other than cytokine therapy with interleukin (IL)-2 or interferon, “there wasn’t much of a standard of care, it was pretty dismal,” Brian I. Rini, MD, FACP, of the Lerner College of Medicine and Cleveland Clinic Taussig Cancer Institute in Ohio, told Cancer Therapy Advisor.

To highlight the 10-year anniversary of the beginning of targeted therapy in RCC, a review recently published in The Oncologist by Robert J. Motzer, MD, of Memorial Sloan Kettering Cancer Center (MSKCC) in New York, New York, and colleagues, looked back at the phase 2 and 3 trials that led to establishing sunitinib as the gold standard for the initial treatment of advanced RCC, and looked ahead to the future.1

With an overall response rate of 31% in its phase 3 trial, sunitinib was demonstrated to significantly prolong progression-free survival (PFS) compared with interferon in treatment-naive patients, thus establishing sunitinib as the standard of care in the first-line setting.

Since this trial, the phase 2 RECORD-3 trial established sunitinib as the preferred first-line agent over everolimus in patients with metastatic disease. Yet the phase 3 SWITCH trial found no significant difference in PFS or overall survival (OS) in the sequencing of sunitinib followed by sorafenib or sorafenib followed by sunitinib.

RELATED: Cabozantinib Superior to Sunitinib for First-line Treatment of mRCC

For second-line therapy, nivolumab, an immune checkpoint inhibitor that targets PD-1, is “becoming the second-line standard of care after initial tyrosine kinase inhibitor (TKI) via sunitinib or sorafenib,” noted Dr Rini. Nivolumab was approved by the FDA in November 2015 for the second-line treatment of RCC. In the phase 3 CheckMate 025 (ClinicalTrials.gov Identifier: NCT01668784) trial, nivolumab significantly prolonged OS, but not PFS, compared with everolimus in patients with previously treated, advanced disease. 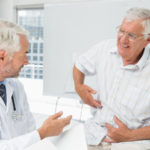 Cabozantinib Superior to Sunitinib for First-line Treatment of mRCC