Apitolisib, a dual inhibitor of PI3K and mammalian target of rapamycin (mTOR), was less effective than everolimus, an mTOR inhibitor, in patients with metastatic renal cell carcinoma (mRCC), a study published in the Journal of Clinical Oncology has shown.1

For the open-label, phase 2 study, researchers enrolled 85 patients with clear cell mRCC who progressed on or after a vascular endothelial growth factor (VEGF) inhibitor, such as sorafenib, sunitinib, or pazopanib. Participants were randomly assigned to receive apitolisib 40 mg orally once daily or everolimus 10 mg orally once daily.

In terms of safety, apitolisib was associated with substantially more high-grade hyperglycemia and rash than everolimus. Thirty-one percent and 12% of patients in the apitolisib and everolimus groups, respectively, discontinued treatment due to grade 3 to 4 adverse events.

Researchers also conducted retrospective biomarker marker analyses, which revealed that hypoxia-inducible factor 1α protein expression was associated with improved outcome in both treatment arms. VHL mutation status was also associated with outcome in the everolimus group, but not the apitolisib arm.

These findings suggest that VHL mutation and hypoxia-inducible factor 1α expression may be predictive of an mTOR inhibitor benefit; however, prospective validation is necessary. 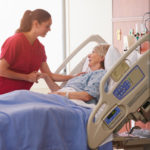