Sites of metastasis differ by histologic variant of renal cell carcinoma (RCC) and, importantly, relate to overall survival (OS), according to new research.

Patients with pRCC tended to have lower OS than patients with ccRCC, regardless of metastatic site, Daniel Heng, MD, MPH, of the University of Calgary in Alberta, Canada, and colleagues reported in JAMA Network Open. The investigators could not distinguish type 1 and 2 pRCC.

“These benchmark values are useful for patient counseling and study design.” 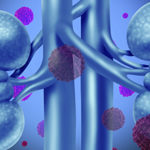