ORLANDO, FL – Cryoablation was associated with good short-term oncologic control and an excellent safety profile in “healthier” patients with cT1 solitary renal masses, according to a single-institution study presented at the 2017 Genitourinary Cancers Symposium.1

“A study by Thompson et al showed no significant difference in metastasis-free survival at 5 years between partial nephrectomy and cryoablation in patients with cT1 renal masses,” said lead study author Harras B. Zaid, urologist at the Mayo Clinic in Rochester, Minnesota. “Local recurrence-free survival rates 3 years were not different between the 2 groups.”

To investigate the outcomes of cryoablation among healthier patients electing to undergo percutaneous thermal ablation, Dr Zaid and his colleagues performed a single institution review of prospectively maintained ablative data collected between 2003 and 2015. The researchers included only patients 65 years or younger with solitary, non-metastatic renal masses less than 7 cm who had an ASA score of 1 or 2 and a preoperative eGFR greater than 60.

The investigators identified 43 patients who were deemed to be healthier by the inclusion criteria. Of those, 16.3% had undergone prior partial nephrectomy and nearly a quarter had undergone multiple prior abdominal/pelvic surgeries.

Results showed that 2.3% of patients developed local recurrence during a median radiologic follow-up of 22 months and 4.6% developed metastatic disease. Both patients who developed metastases had prior contralateral nephrectomy for RCC with high risk pathology. No patients died from RCC during this period.

“There is a potential role for repeat ablation following local recurrence, but longer follow-up data are needed to evaluate for durability,” said Dr Zaid. 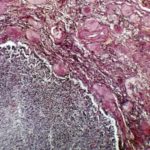