Fotivda is an oral, vascular endothelial growth factor (VEGF) tyrosine kinase inhibitor. The approval was based on data from the multicenter, randomized, open-label phase 3 TIVO-3 study (ClinicalTrials.gov: NCT02627963) that compared tivozanib to sorafenib in 350 patients 18 years of age and older with relapsed or refractory advanced RCC who received 2 or 3 prior systemic treatments including at least 1 VEGFR kinase inhibitor other than sorafenib or tivozanib.

“The TIVO-3 study is the first positive phase 3 study in RCC patients who received 2 or more prior systemic therapies, and also the first phase 3 RCC study to include a predefined population of patients who have received prior immunotherapy, the current standard of care in earlier-line treatment,” said Brian Rini, MD, Chief of Clinical Trials at Vanderbilt Ingram Cancer Center and principal investigator of the TIVO-3 trial. “With this approval, I believe Fotivda represents an attractive intervention, and expect it to play a meaningful role in the evolving RCC treatment landscape.” 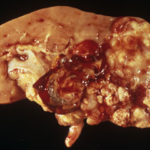